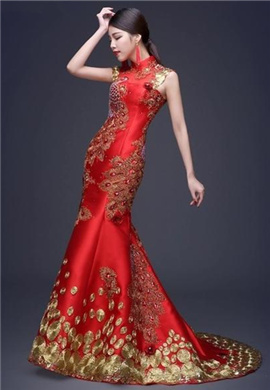 IS FASHION'S LOVE FOR THE QIPAO CULTURAL APPROPRIATION? 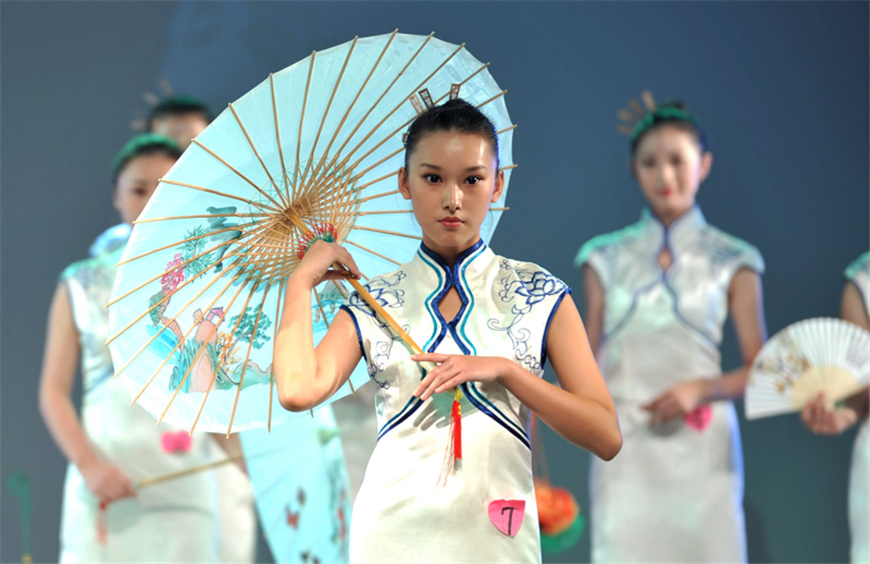 IS FASHION'S LOVE FOR THE QIPAO CULTURAL APPROPRIATION?

06/07/2018
According to FIT Museum director Dr. Valerie Steele, Chinese women in Shanghai created the modern-version qipao dress in the 1920s, a then-contemporary signifier of elite, Eastern-meets-Western fashion for Chinese woman, who would often pair the qipao dress with traditionally Western heels and accessories.
Steele says instances of the qipao and qipao-inspired looks are popping up more and more in fashion not because of any discernible cultural shift, but rather that designers — of high and low price points — are simply under more pressure to produce at faster rates, leaving less time for thoughtful consideration about the origins of inspiration for a piece. While that's understandable, it's certainly not excusable.
"Look, you can't expect designers to be anthropologists. But at these big companies, it's not that hard to do some research or scan a print or try to get a little information, then try to see if this has been an issue before," Steele tells Fashionista.
It's less obvious whether this is an open-shut case of cultural appropriation, says Steele — an ambiguous line blurred more depending on whether you're asking a Chinese person in China or a Chinese-American person stateside.
"My impression over years of studying Chinese fashion and dress in China is that most Chinese people aren't bothered by people buying something with a dragon print or with a Mandarin collar — it's kind of assumed that it's meant as appreciation," says Steele. "It's not so flagrant as, say, Native American headdresses at Coachella, when Native Americans have said for decades they really don't appreciate this and it's not honoring them. They don't want a bunch of drunken idiots wearing clothes taken from them."
There are versions of the qipao that are unquestionably problematic, however. In 2015, the Metropolitan Museum of Art's Costume Institute celebrated the history and influence of Chinese culture in fashion with its exhibit, China: Through the Looking Glass, complete with authentic pieces sourced from the Qing dynasty as well as American and European designer pieces from the likes of Tom Ford for Yves Saint Laurent, John Galliano for Dior, Ralph Lauren and Jean Paul Gaultier.
American celebrities attempted to pay homage to the exhibit theme, at best donning questionable looks and at worst, completely conflating Chinese culture for Asian culture at-large. On display were sexed-up versions of the qipao that perpetuate "the stereotype that Chinese women are 'exotic,' subservient sluts," as contributor Fawnia Soo-Hoo wrote for Fashionista after the Met Gala.
Jack Tchen, New York University professor and co-founder of the Museum of Chinese in America, explains that more often than not, an American version of the qipao gets it wrong. "The fascination often translates into exoticism," he says. "Silk is a signifier of that de facto oriental, feminine luxuriousness that, when added to a super form-fitting version of the qipao with a slit up the side, it automatically becomes part of this exotic, erotic association with certain stereotypes of Asian women."

You must login to add a comment. If you do not have an account, you may free to register for one.
Wants to Start your Cheongsam Save $5 now , Today?
Enter Code: CNTOBE